June 2019 - British fashion designer Richard Quinn is one of Maison Perrier-Jouët’s Artisans of the Wild. Having founded his eponymous label in just 2016, he has already established a reputation for using both innovative and artisanal techniques to create extravagant contemporary womenswear. Shortly after his spectacular interpretation of Art of the Wild was unveiled at amfAR Gala Cannes, he invited Maison Perrier-Jouët to explore his inner workings at his Peckham studio on 4th June.

In his hometown of London, Richard Quinn is taking Maison Perrier-Jouët on a whirlwind 24-hour introduction to his creative world. Over the course of the day the award-winning designer is leading activities that delve into his practice from the Peckham studio where he and his team print and embellish fabrics in-house. He is also presenting a close-up look at the inspirations and process behind his collaboration with the House: a unique couture gown that was revealed on the amfAR Gala Cannes red carpet in May, worn by fellow Artisan of the Wild Winnie Harlow.

Maison Perrier-Jouët has asserted a singular vision of the world since its very foundation, inspired by the free spirit of its founders and the Art Nouveau movement. This vision is centred around a resolutely original approach to champagne and an unconventional observation of nature, which informs everything the House does. The essence of this reinvented nature has been captured with Art of the Wild: the universe as seen by Maison Perrier-Jouët to re-enchant the everyday. To spread the magnetism of Art of the Wild, Maison Perrier-Jouët has assembled an international community of creative talents called Artisans of the Wild, who embody this unique energy. From a range of creative fields – including art, design, fashion, gastronomy and hospitality – they share the same values as the House and form a dialogue with it, as well as each of their respective domains, all over the world.

One of the many things that unite Maison Perrier-Jouët and Richard Quinn is their affinity with unexpected, unbridled nature. This is precisely what has been captured with the bespoke red carpet dress. It exudes the exuberance of Art of the Wild with its exaggerated bow detail and voluminous train comprising 200 metres of tulle, as well as the vibrant colours and hand-embroidered floral motif, which is an homage to the House’s Art Nouveau legacy. The designer’s dedication to using hand-crafting techniques also encapsulates the tradition and savoir-faire at the heart of the House’s heritage.

This was not the first encounter between Richard Quinn and Maison Perrier-Jouët. Earlier this year, the designer discovered 200 years of the House’s history at the Maison Belle Epoque in Epernay. Maison Perrier-Jouët then travelled to London to host the after party of his label’s fashion week show to toast his most extravagant runway collection yet.

About Perrier-Jouët
Founded in 1811 in Epernay, Maison Perrier-Jouët is one of France’s most historic champagne houses, but also one of its most distinctive, renowned for its floral and intricate champagnes which reveal the true essence of the Chardonnay grape and an enduring tradition of savoir-faire – an unparalleled expertise of only seven Cellar Masters since its foundation. A boutique house with a family spirit, Perrier-Jouët has been profoundly influenced by its founders’ love of nature and art – twin inspirations which allow it to create exceptional experiences and moments of wonder that enhance everyday life. Since its 1902 collaboration with Art Nouveau pioneer Emile Gallé, creator of the anemone design for its Perrier-Jouët Belle Epoque prestige cuvée, Perrier-Jouët has commissioned work from established and emerging artists including Bethan Laura Wood, Daniel Arsham, Noé Duchaufour-Lawrance, Miguel Chevalier, Makoto Azuma, Tord Boontje, Studio Glithero and Simon Heijdens, and more recently Vik Muniz, mischer’traxler, Ritsue Mishima, Andrew Kudless and Luftwerk. 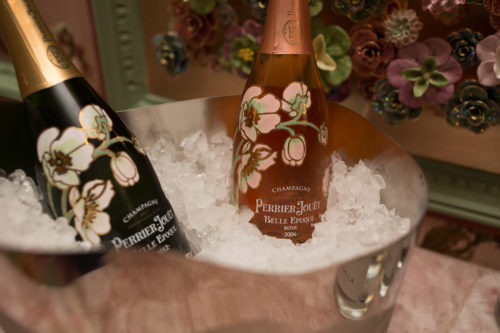 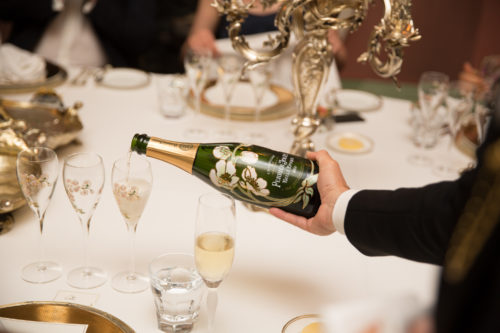 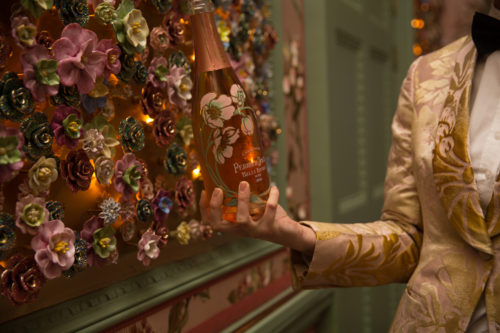 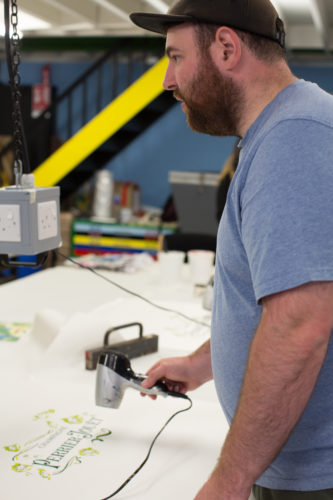 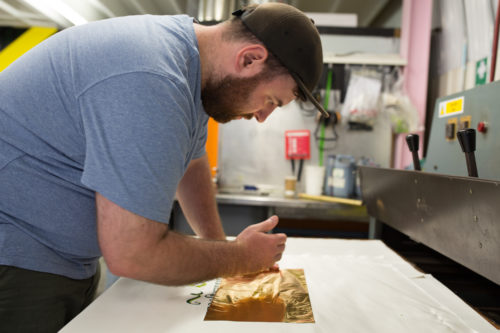 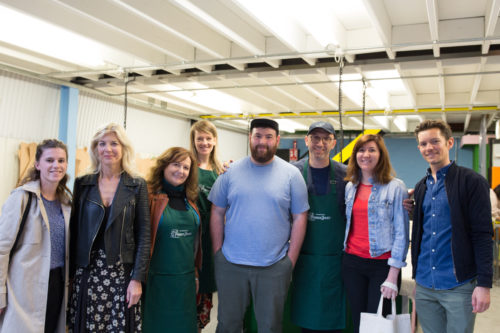