Maison Perrier-Jouët is delighted to announce the upcoming arrival of Séverine Frerson, who will be working alongside Hervé Deschamps, the Maison’s Cellar Master, who is preparing for his succession after 35 years at the Maison.

Hervé Deschamps arrived at Maison Perrier-Jouët in 1983. A decade later, he became the seventh Cellar Master since the Maison was founded over 200 years ago. As a guardian of Perrier-Jouët’s style, he has maintained the floral and intricate character of the Maison’s cuvées: the non-vintage Classics range, as well as the Belle Epoque vintage collection. For over twenty years, he has shared his passion for champagne all over the world; his influence spreads from the Maison to French culture itself, a contribution which was officially recognised in 2016 when he was named a Chevalier de l’Ordre des Arts et des Lettres.

Hervé Deschamps is now passing on the values of Maison Perrier-Jouët to Séverine Frerson. Over the coming years, they will work closely together to preserve the elegance and quality of the Maison’s champagnes.

Séverine Frerson is currently the Cellar Master of Piper-Heidsieck, the Maison she has been with for the past sixteen years. She is one of only a handful of women to hold such a position in Champagne and will now become the first female Cellar Master in the history of Maison Perrier-Jouët.

Originally from Reims, Séverine Frerson studied oenology and has always been guided by her passion for wine. Throughout her extensive career, Séverine Frerson has acquired a remarkable technical expertise, complemented by both an exceptional intuition and memory that allow her to know each wine in all of its complexity.

“The history of Maison Perrier-Jouët is marked by Rose-Adélaïde Jouët, who founded the Maison with her husband Pierre-Nicolas Perrier in 1811. She was a woman of great character, determination and daring, just like Séverine Frerson, whose love of wine, focus on quality and attachment to the terroir are aligned with the philosophy of our Maison,” commented Christophe Danneaux, Champagne Vice President and Perrier-Jouët Business Director.

About Perrier-Jouët
Founded in 1811 in Epernay, Maison Perrier-Jouët is one of France’s most historic champagne houses, but also one of its most distinctive, renowned for its floral and intricate champagnes which reveal the true essence of the Chardonnay grape and an enduring tradition of savoir-faire – an unparalleled expertise of only seven Cellar Masters since its foundation. A free spirit house, Perrier-Jouët has been profoundly influenced by its founders’ love of nature and art – twin inspirations which allow it to create exceptional experiences and moments of wonder that enhance everyday life. Since its 1902 collaboration with Art Nouveau pioneer Emile Gallé, creator of the anemone design for its Perrier-Jouët Belle Epoque prestige cuvée, Perrier-Jouët has commissioned work from established and emerging artists including Daniel Arsham, Noé Duchaufour-Lawrance, Miguel Chevalier, Makoto Azuma, Tord Boontje, Studio Glithero and Simon Heijdens, and more recently Vik Muniz, mischer’traxler, Ritsue Mishima, Andrew Kudless and Luftwerk. 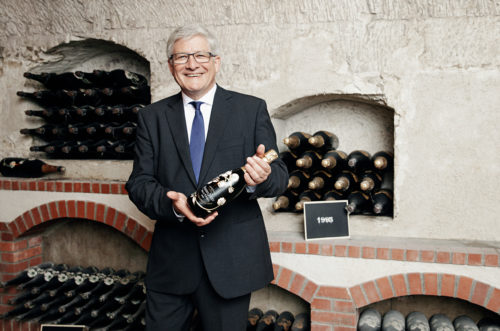 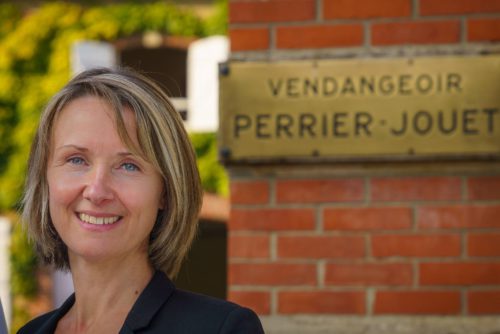