As part of Designart Tokyo 2019, Maison Perrier-Jouët unveiled its artistic collaboration with Andrea Mancuso of Analogia Project for the very first time to the public at Galerie Perrotin Tokyo. The resulting creations then formed part of a banquet that took place in the eponymous restaurant of Pierre Gagnaire, three Michelin-starred French chef and the newest Maison Perrier-Jouët Artisan of the Wild.

This year, Maison Perrier-Jouët invited Italian designer Andrea Mancuso, of Analogia Project, to reinterpret its Art Nouveau heritage. The House is closely linked to the artistic movement; the best expression of this relationship is the spray of Japanese anemones designed for the House in 1902 by Emile Gallé, a pioneer of Art Nouveau.

As part of this new artistic collaboration, Andrea Mancuso has designed a collection of glasses – named ‘Metamorphosis’ – that has allowed the House to propose a new artistic tasting ritual. ‘Metamorphosis’ was unveiled for the first time at Galerie Perrotin Tokyo, from 18th October, during Designart Tokyo.

During a visit to Maison Belle Epoque – the historic home of Maison Perrier-Jouët’s founding family – in Epernay, France, Cellar Master Hervé Deschamps revealed the story and personality of each Perrier-Jouët cuvée to Andrea Mancuso, who then translated these details into the design of each glass. Loyal to the ethos of Art Nouveau, each of the six creations are directly inspired by Maison Perrier-Jouët’s vision of reinvented nature and combine a remarkable degree of traditional savoir-faire with modern technology. Metamorphosis captures the whole, complex, creative story of Maison Perrier-Jouët told through ritualistic objects and actions.

The glasses in the ‘Metamorphosis’ collection also accompanied Perrier-Jouët Belle Epoque cuvées during a banquet held on 24th October at Pierre Gagnaire restaurant in Tokyo. Earlier this year, the namesake French Michelin-starred chef became an Artisan of the Wild, joining a creative community that accompanies Maison Perrier-Jouët at all of the experiences it offers around the world. This banquet in Tokyo illustrates a new kind of encounter between nature, wine, design and gastronomy in perfect harmony.

During this event, it was also announced that “A Banquet of Nature by Perrier-Jouët” will take place at the beginning of December as part of Design Miami/. This banquet reinvented by the House is designed to form bonds among guests, in order to reconnect with nature and reconnect with one another.

About Perrier-Jouët Founded in 1811 in Epernay, Maison Perrier-Jouët is one of France’s most historic champagne houses, but also one of its most distinctive, renowned for its floral and intricate champagnes which reveal the true essence of the Chardonnay grape and an enduring tradition of savoir-faire – an unparalleled expertise of only seven Cellar Masters since its foundation. A boutique house with a family spirit, Perrier-Jouët has been profoundly influenced by its founders’ love of nature and art – twin inspirations which allow it to create exceptional experiences and moments of wonder that enhance everyday life. Since its 1902 collaboration with Art Nouveau pioneer Emile Gallé, creator of the anemone design for its Perrier-Jouët Belle Epoque prestige cuvée, Perrier-Jouët has commissioned work from established and emerging artists including Bethan Laura Wood, Daniel Arsham, Noé Duchaufour-Lawrance, Miguel Chevalier, Makoto Azuma, Tord Boontje, Studio Glithero and Simon Heijdens, and more recently Vik Muniz, mischer’traxler, Ritsue Mishima, Andrew Kudless and Luftwerk. 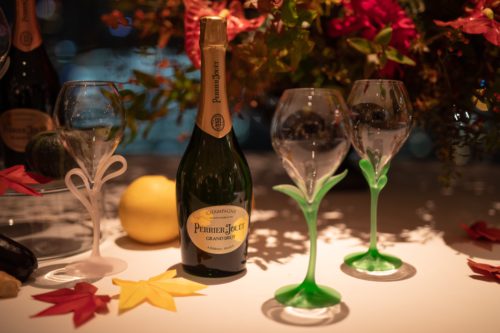 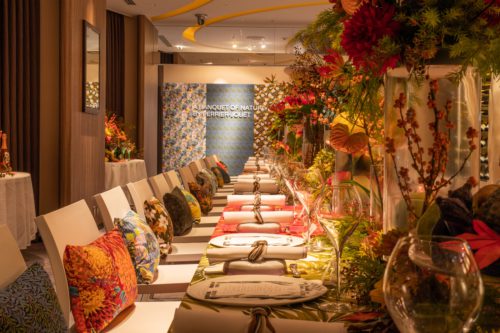 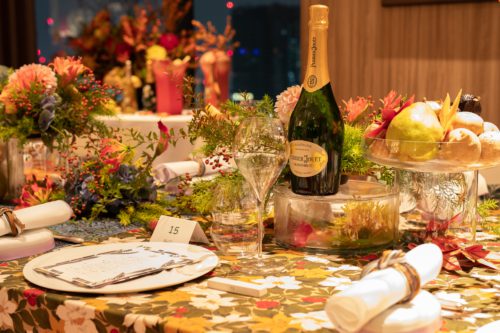 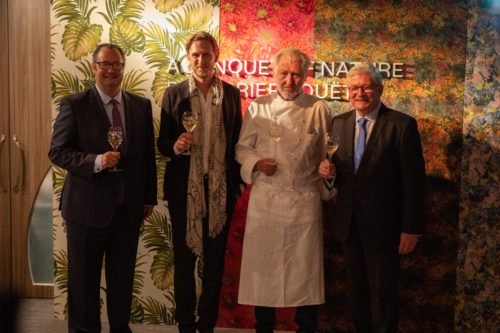 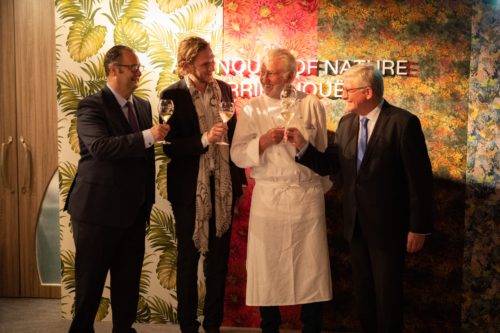 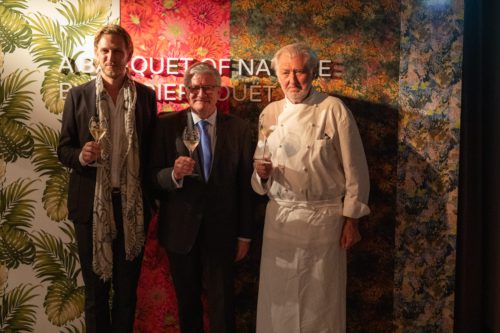 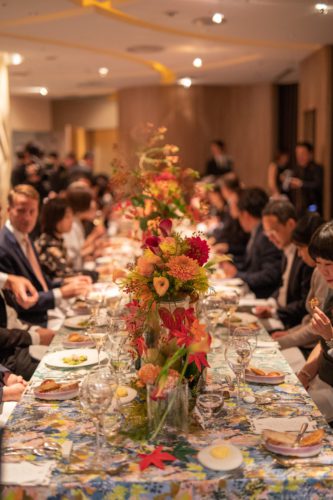 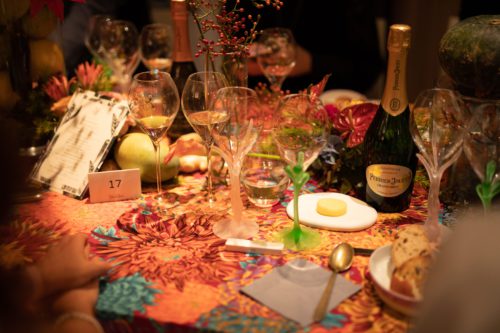 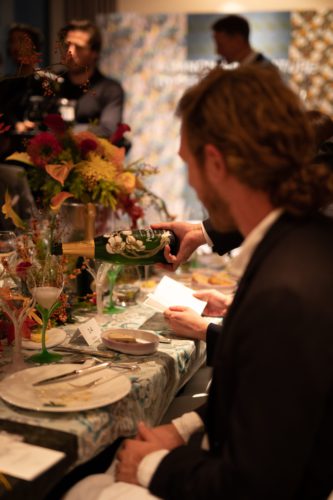 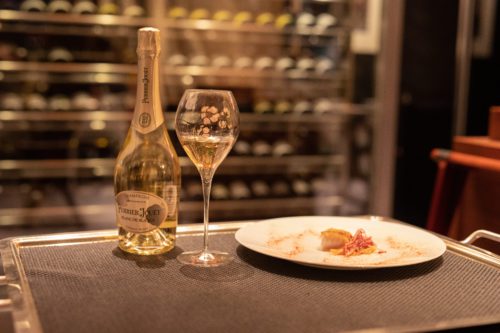 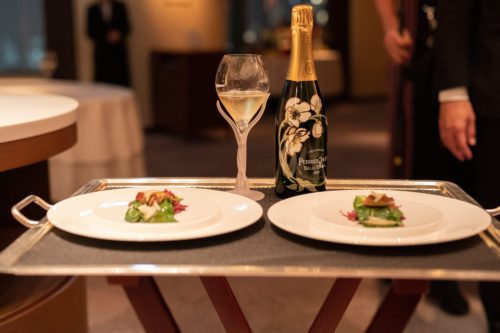 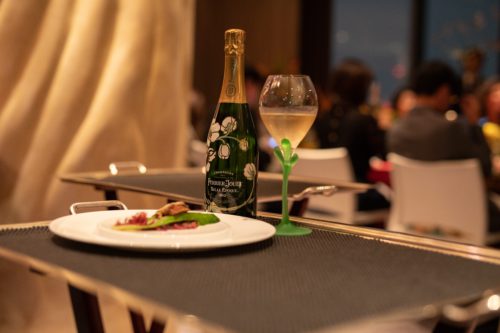 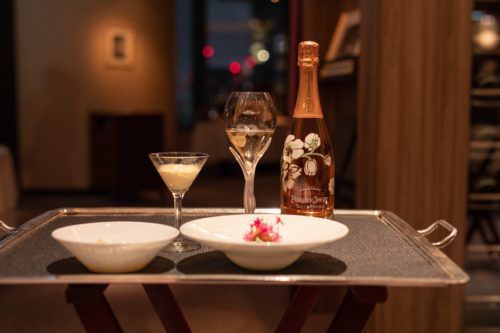